Labradoodles are a relatively new breed of dogs that were first bred by Wally Cochran in 1988. Wally Cochran, of The Royal Guide Dogs in Victoria Australia, was prompted to breed the Labradoodle after receiving a request from a blind woman living in Hawaii. She needed a guide dog that wouldn’t aggravate her husband’s allergies. Hair and saliva samples from 33 different poodles in Hawaii were sent to the couple to see if the dogs would cause an allergic reaction in the husband; they all did. Wally then asked the manager of The Royal Guide Dogs about crossing one of their Labrador Retrievers with a Standard Poodle. He agreed, and so the first Labradoodles were bred.

There were only three puppies in the first litter; only one of which didn’t bother the husband’s allergies. The other two puppies also lived useful lives, one as a Remedial Dog, and the other as a Guide Dog. There was a waiting list of people wanting to puppy walk Guide Dogs, but when these new cross breeds needed homes no one wanted to take them in. Wally knew it was important that these puppies socialize with a family, so he aired a story on Channel 9 in Melbourne about “the new breed of Guide Dog. In the show he first coined the word “Labradoodle”. Soon the phone rang incessantly with people wanting to puppy walk the amazing new “breed” of Guide Dogs.

Because of their immense rise in popularity, people began crossing any Labrador with any poodle without any regard to genetics, bloodline, or temperament and calling the puppies “Labradoodles. The result was an unpredictable variety of puppies with various physical characteristics. The evident need for breeders to develop a standard for this fascinating dog gave rise to the establishment of two Breeding and Research Centers for Labradoodles in Australia.

In 1989, Rutland Manor Labradoodle Breeding and Research Center was organized in Darnum, Victoria. They used only health tested Labradors, Poodles, and 3rd generation Labradoodles. The Tegan Park Labradoodle Breeding and Research Centre located in Seaspray, Victoria was established at the same time. It also carefully controlled its breeding program, using only the finest genetically healthy dogs.

In 1998, Tegan Park introduced the “Miniature” Labradoodle to the public. When these were crossed with the standard Labradoodle, the medium Labradoodle resulted. Thus three sizes are currently distinguished; the miniatures are 14 – 17 inches tall, the mediums are 18 – 21 inches, and the standards are 23 – 26 inches.

RedLetter Doodles thanks The Ultimate Labradoodle Community at labradoodle-dogs.netfor this information. 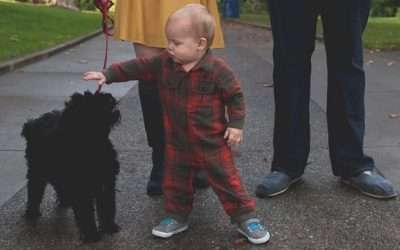 ​GUARDIAN HOMES RedLetter Doodles is always looking for quality Guardian Homes we can trust for our Australian Labradoodles and Goldendoodles.  A Guardian Home is where our puppies have been placed in your home where we trust families to love and nurturing them as... 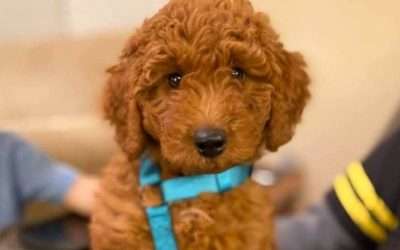 The Goldendoodle is a hybrid that has had a surge in popularity in the last ten years or so. First bred systematically in the 1990s, it is a cross between pedigree Golden Retriever and Poodle parents. Because the Poodle comes in three clearly defined sizes, Toy,... 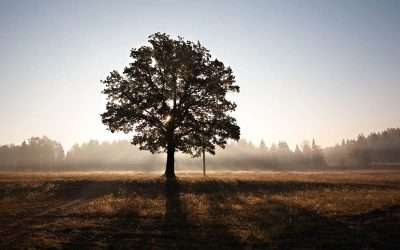 Generations for Labradoodles and Goldendoodles 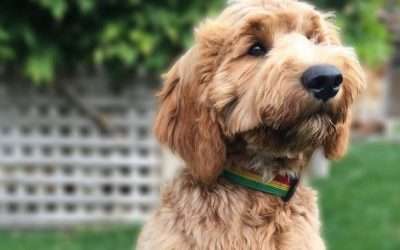 GOLDENDOODLE HISTORY The Goldendoodle breed originated in Australia and North America during the 1990s. Goldendoodles were bred in hopes of creating a guide dog that was suitable for people with allergies by combining the gentleness and trainability of a golden...

The relationship we have with our dogs is as intimate as other family members, so when the social interactions are limited by a dog's behavior it can add real stress. The good news is that there are options to help your dog feel comfortable around other dogs. Go to... 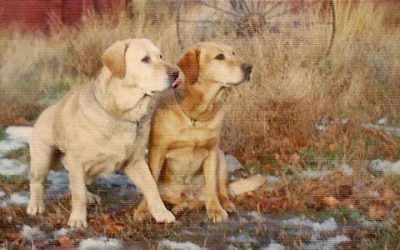 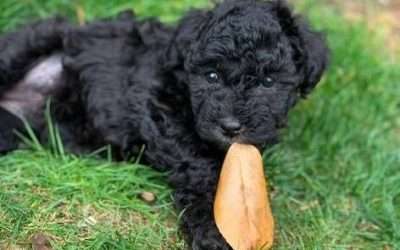 GENERATIONS AND TYPES OF LABRADOODLES First Generation labradoodle are called F1: The result of the breeding of a Labrador retriever to a poodle.  These are 50% Poodle and 50% Labrador. These are more prone to shedding. RedLetter Doodles does not breed F1... 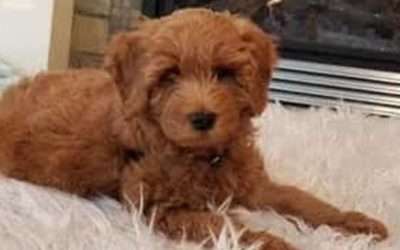 OUR COMMITMENT TO YOUR FAMILY Redletter Doodles offers a lifelong unlimited support system for you and your puppy. After you purchase your puppy we will use all our resources to help assistance you and your puppy any way we can. We have a Facebook Group just for this!...